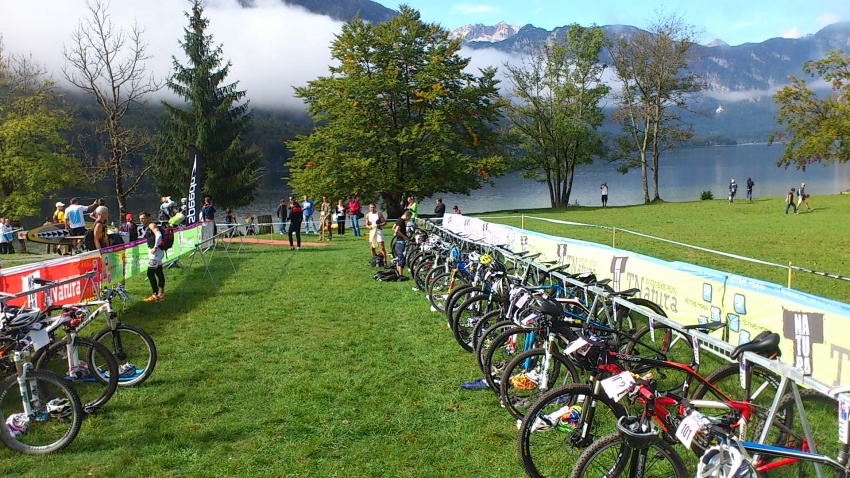 Let me start with everything that went wrong:

*We had to swim two 750m laps. 50m before exiting the water after one lap I was losing my mandatory ETU swim cap. Because we’re always worried to get a penalty from the ITU/ETU referees for making a small stupid mistake, I didn’t want to take any risks. I stopped to pull my swim cap of my head before losing it in the water. Unfortunately I pulled my goggles and second swim cap (to protect me from the 14degree water temperature) as well. I decided to swim 50m with my goggles and swim caps in one hand. Once on land, where we had a 20m run exit before our second lap, I gave my swim cap to an official, walked instead of sprinting to put on my ETU swim cap and goggles and jumped back into the water. When all swimming was done an official stopped me for a 15minute penalty for littering on course! Handing my swim cap to an official during the race is not allowed… And the funny thing is, if I just left my official swim cap in the water I wouldn’t have gotten a penalty. Strange rule!

*All the downhills on this course were on tarmac. Really, this is not a joke. More than half or this race was on the road. I locked my front and rear suspension from start to finish. A cyclocross bike would have been the best choice for this race. Some road triathlons are more technical than this course. In situations like this it’s impossible for me to use one of my strengths: making a difference on the technical parts.

*It was a very fast race with very tight racing. Losing 15seconds from a penalty was already a big disappointment in a race where every second count, but losing 10-20 seconds in the first 2 laps on the chasing pack because they cut a corner was something that made me really angry during the race. Luckily we had a quick discussion about this after finishing the race and we all continue to respect each other as honest competitors.

*One of my spd shoe cleats came lose halfway during the race. With every pedal stroke my foot moved fore and after in the pedal. Annoying feeling and situation, but I was happy to finish the race before losing the cleat. 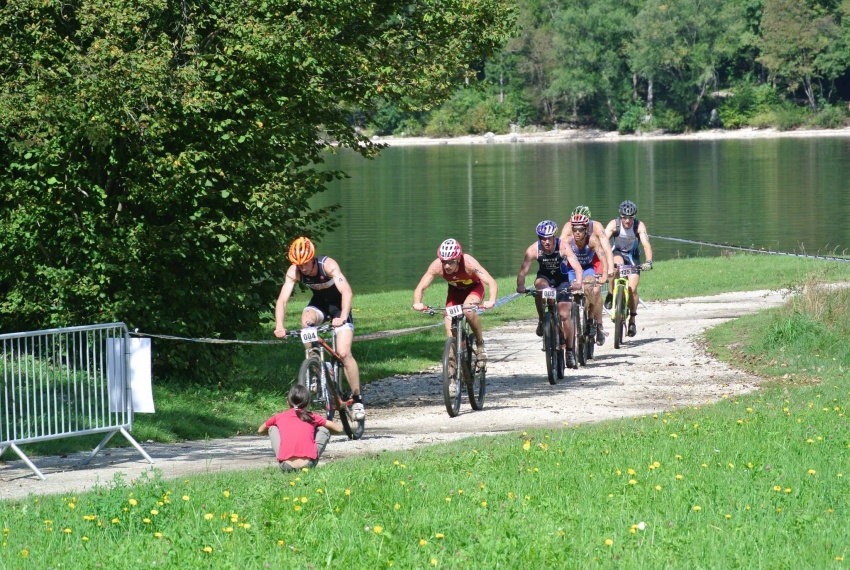 Slovenia a wonderful country. It was my first time in Slovenia and together with Elisabetta Curridori and Maud Golsteyn we had to spend a lot of hours driving before arriving at lake Bohinj. It’s probably the last time that we did this trip by car because all the closed tunnels in Austria are a real pain in the ass! Let’s fly next time! 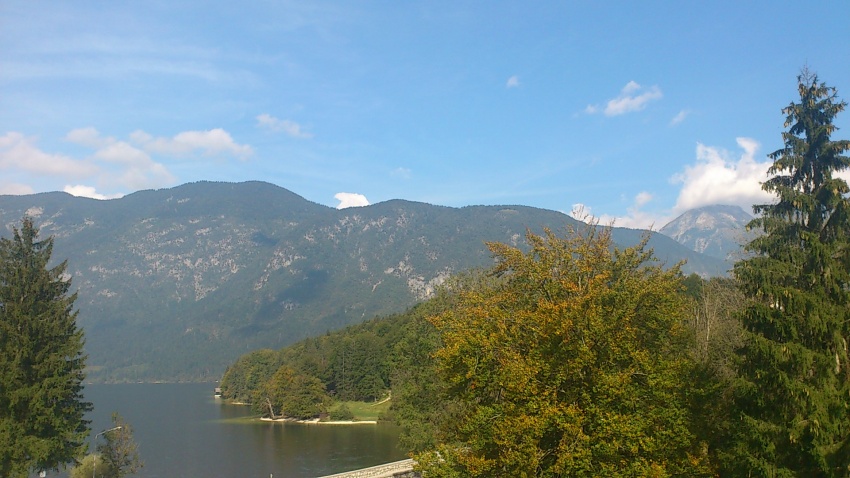 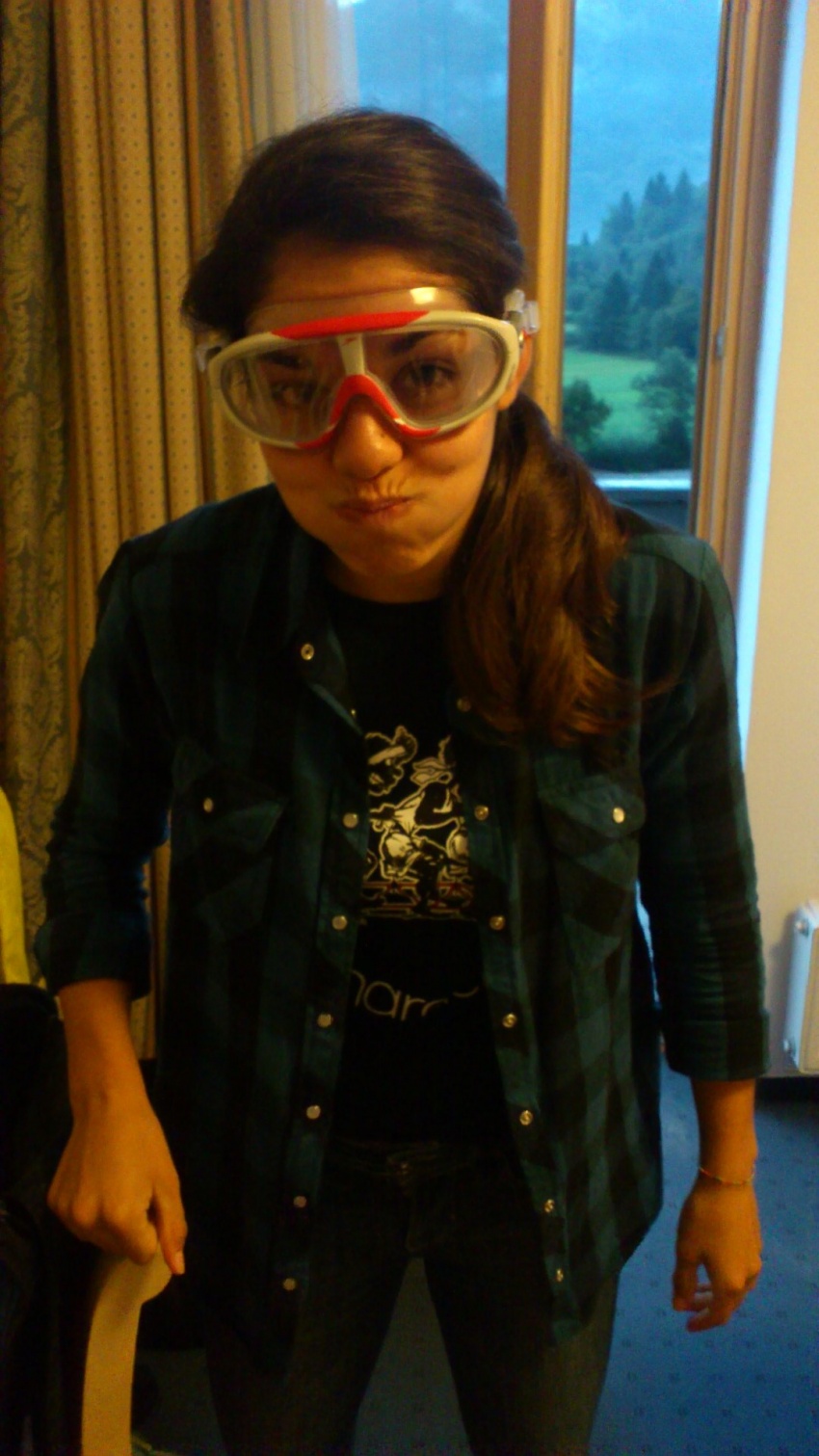 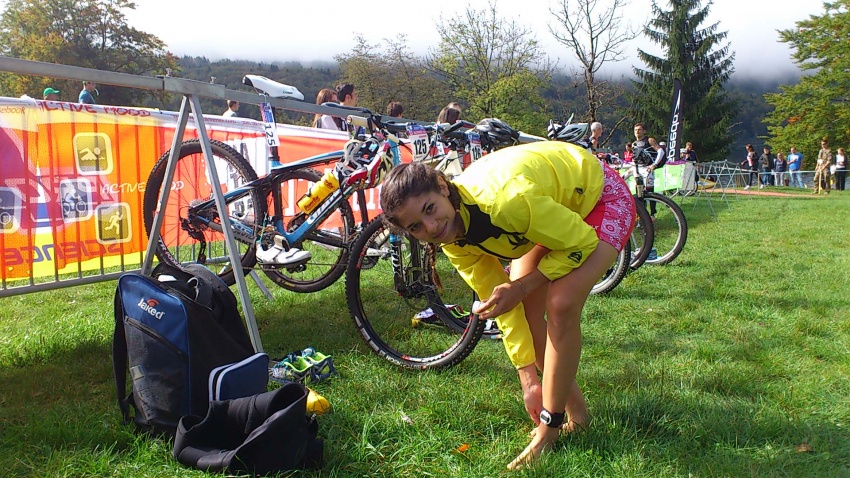 This was going to be a strange race: ice cold water, a 20km road race with mountainbikes, and 6 (yes SIX) run laps of 1.2K. I’ve done many races with 2 or 3 laps, some races with 4 laps, but I’ve never ever done a race with six run laps in my life. And it had a crazy steep hill, each lap. 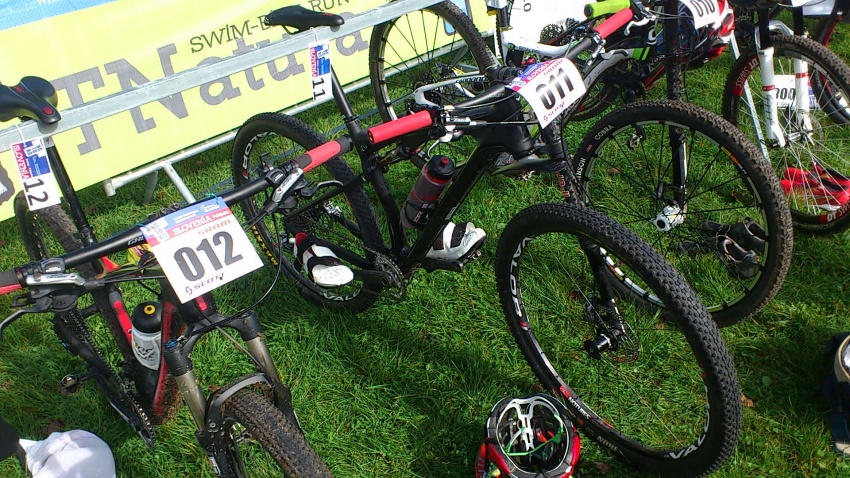 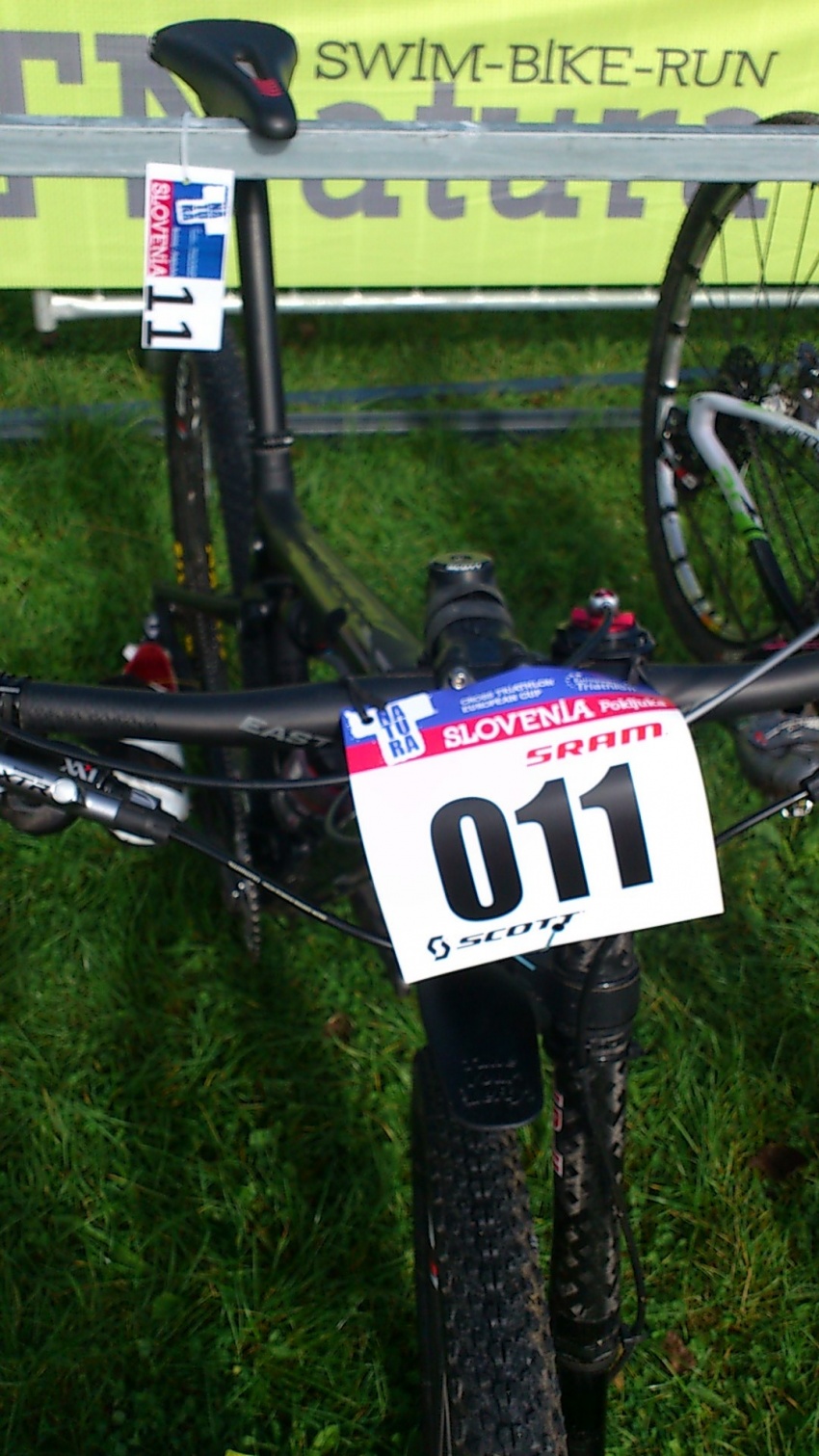 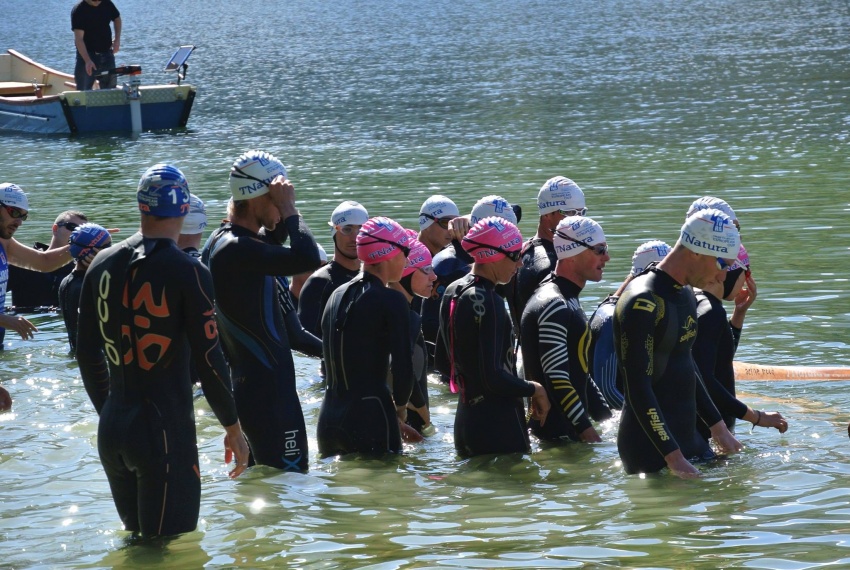 I had an amazing swim. After 200m I found myself swimming comfortably with the leaders. Awesome! A bit later I had all the problems with my swim gear, but in the second lap I could bridge the gap again and exited the water in the back of the lead group. I had a crazy fast transition, only to get stopped and serve the penalty that I mentioned before. But just to show you how good my swimming and my transition were, I took the lead after only a few hundreds of meters on the bike. I was furious and on fire. «I should have been first on the bike for the first time in my life on this level, and I will take that lead position anyway» was going true my mind. 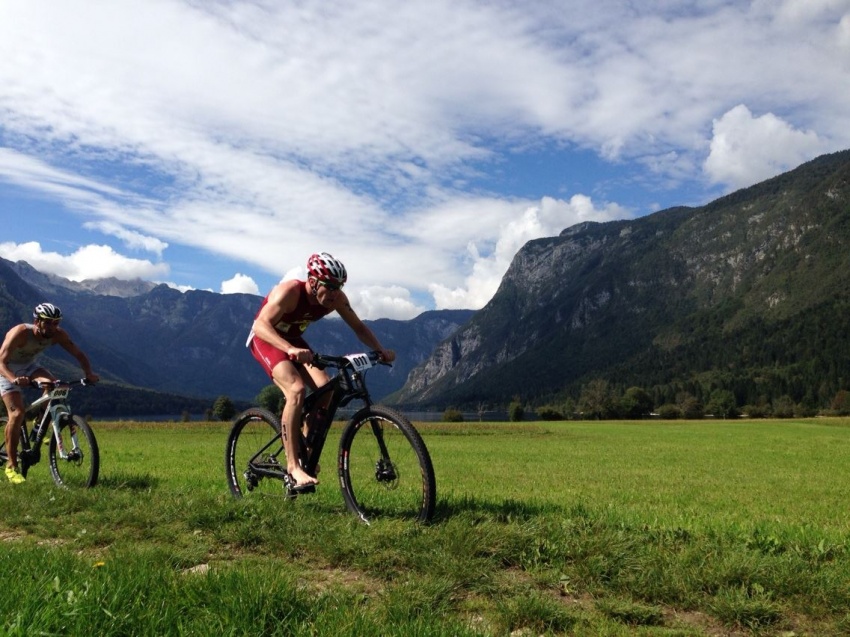 Kubec was the only one who matched my aggressive pace and we took of. Half way the mtb part Coddens, Serrieres and Kubicek closed the gap. On the last climb we dropped Kubec and we started running with 4. 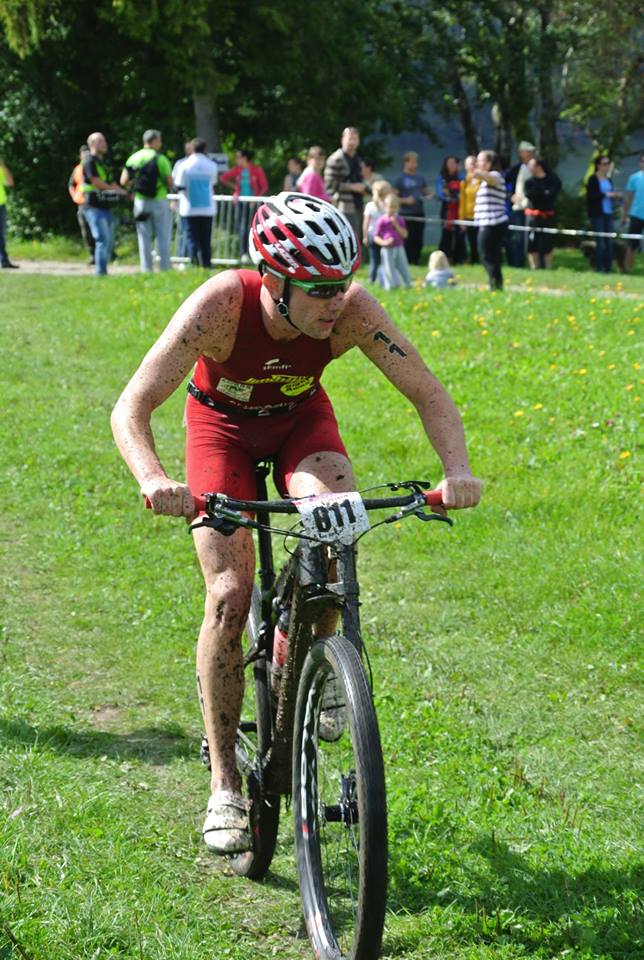 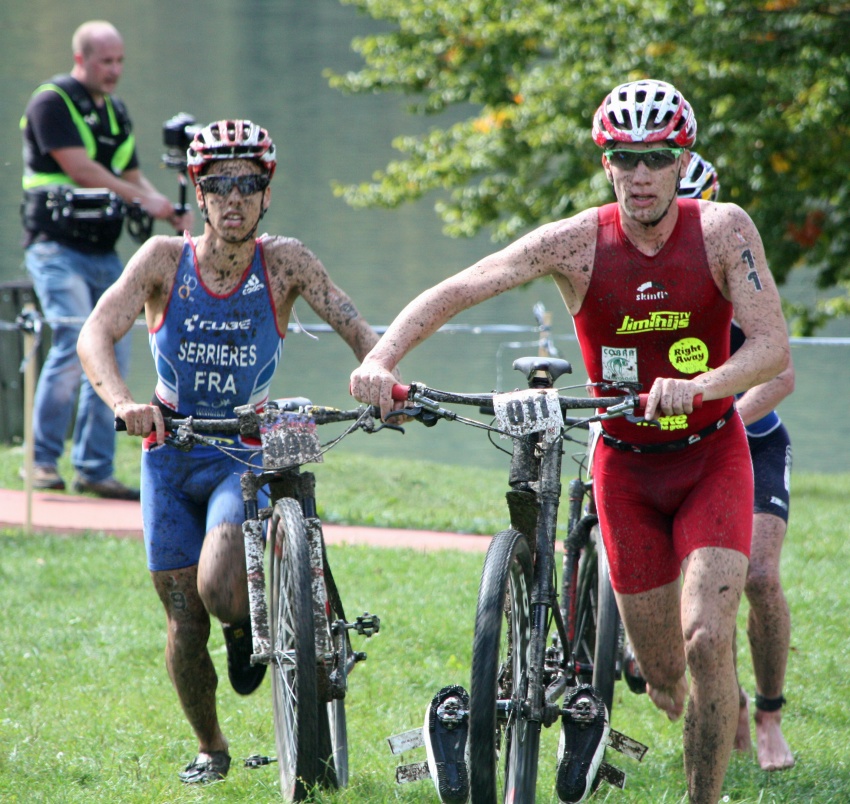 The pace that Coddens set from the start was to fast for me. Waaaaaaaaay too fast. Kubicek and Serrieres tried to follow, I did my own thing. After 4 laps I could pass Serrieres who started to realize that he started to fast. Coddens won, Kubicek was second and I finished 3rd. A good result! 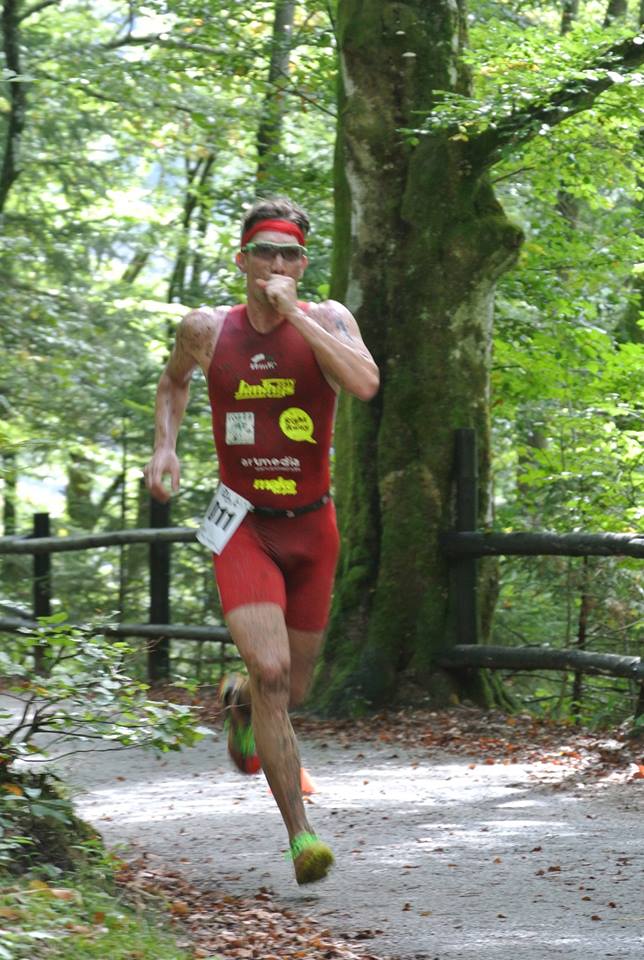 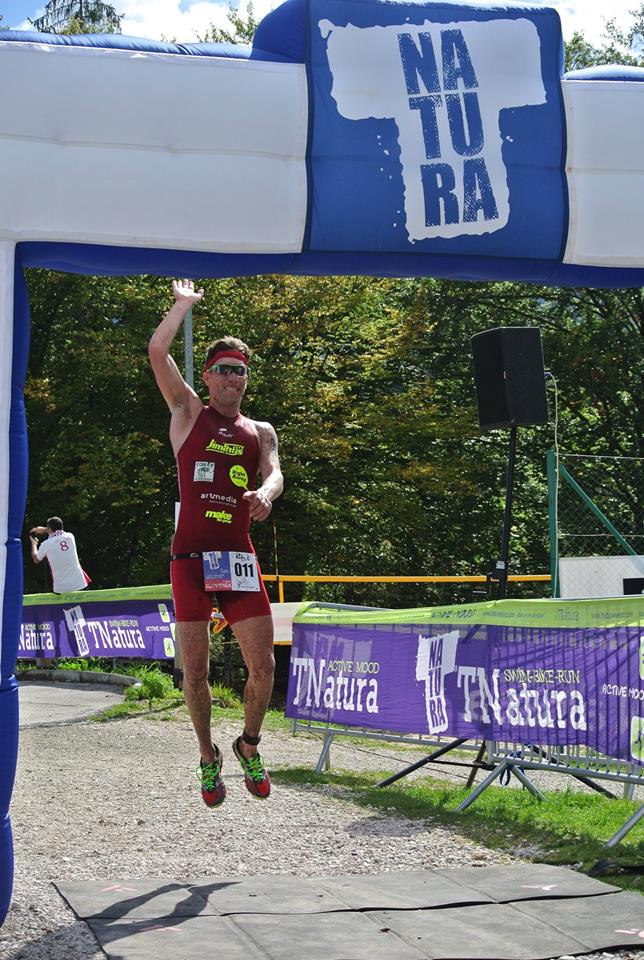 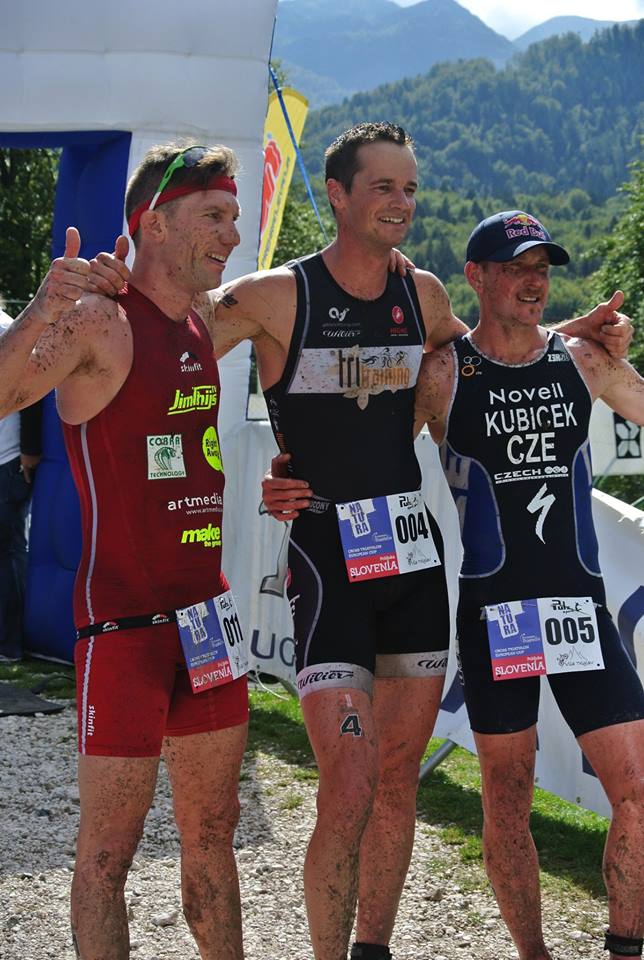 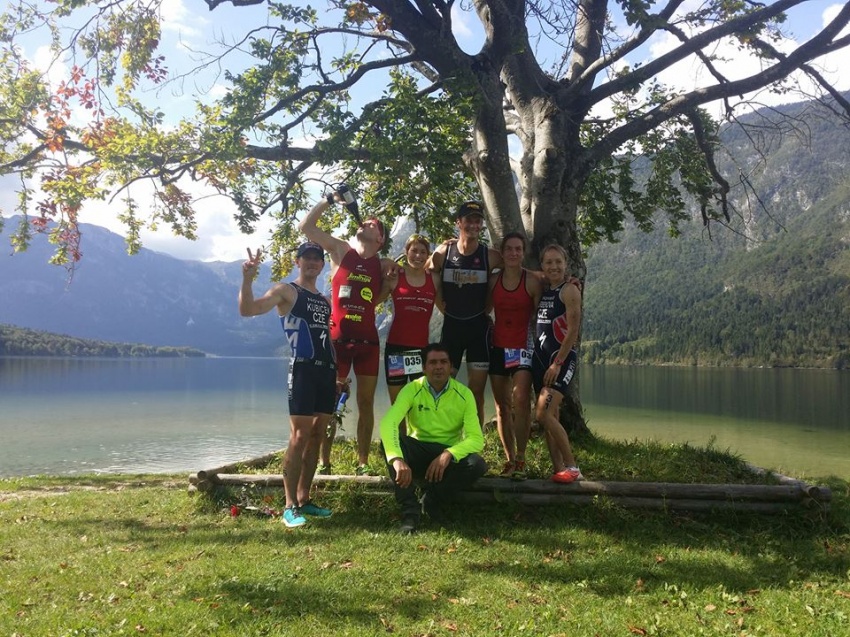 This 3rd place finish put me in second position behind Kubicek in the final European ranking of 2014. A result I’m very proud of.

Next race will be Tnatura Santa Teresa in Sardegna The race will be part of a 2 week training camp at Elisabetta’s place to prepare for the XTERRA Worlds in Maui.