After a season started with bad results at my first two big races, XTERRA South Africa and XTERRA Malta, because of energy problems during the race, all seems normal now.

Help and advise came from friends, coaches and other athletes. I made some changes in my nutrition and training and hoped for the best.

We left Sardegna by car. Being an island, this means we have to get on the ferry if we want to get out of this paradise. 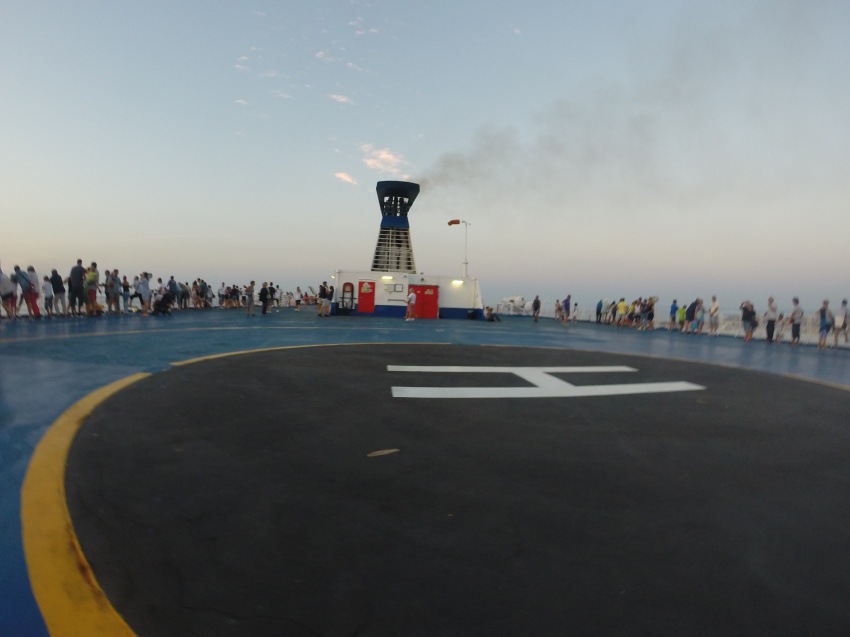 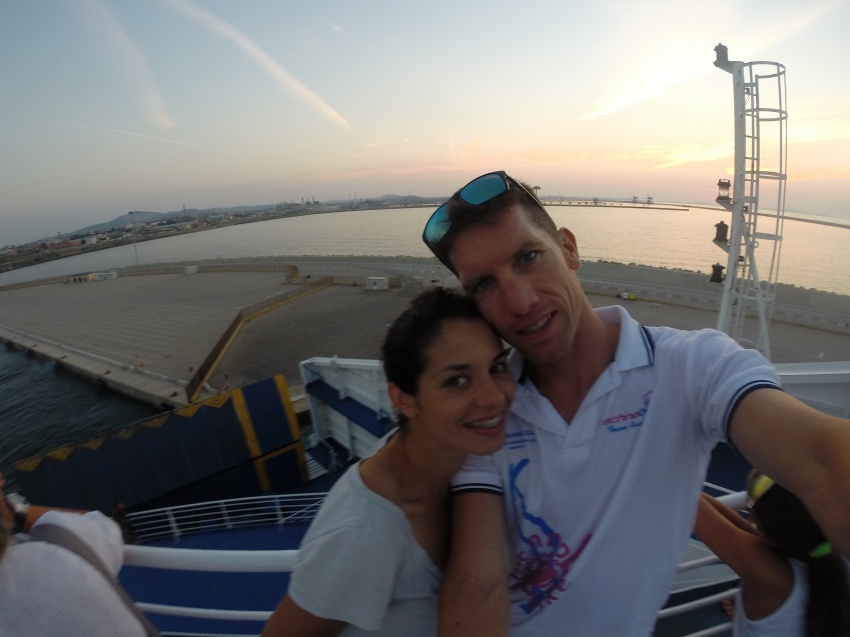 But Elisabetta had to deal with some bad luck. The Italian federation allowed only one woman to race as an Elite. They choose Monica Cibin, who’s a very strong athlete and who deserves this selection. But the fact that Elisabetta couldn’t race as an Elite, even if she paid her own registration, hotel, travel, national suit, … made us very sad. If she would do a great top 10 result, she wouldn’t even get prize money. And she had to start 3 minutes behind the Elite race in the open age-group race. We tried everything to change the Italian Federation their decision. Even other federations tried to convince them, but nothing worked. 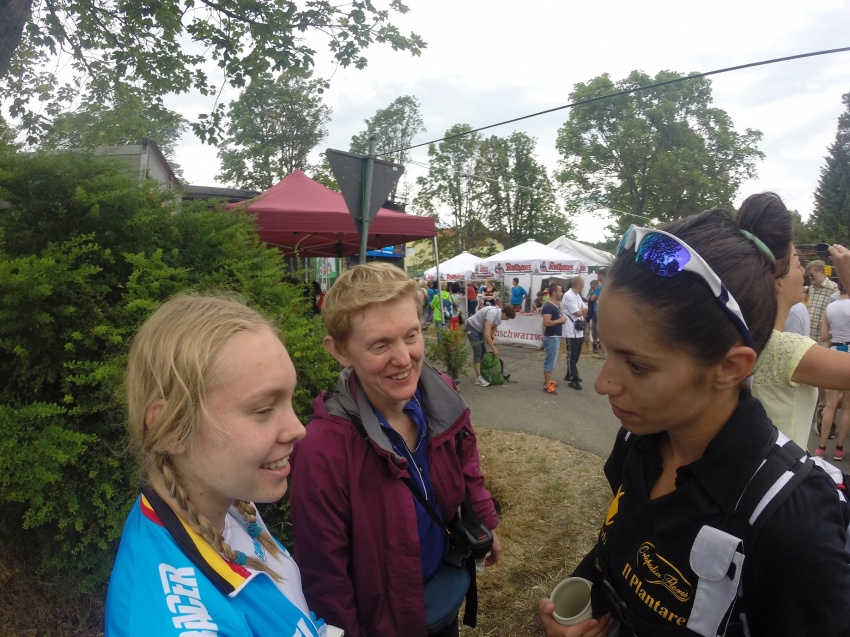 So Elisabetta had to watch our start and 3 minutes later she could race as well. Already during the swim she could close the gap and catched some Elite Woman. She continued racing fast on the bike and run and kept on catching other Elites. She finished as the first age-group woman and took the European title. But we were more excited to find out that she put the 8th time amongst the Elite woman. We suppose the Italian federation realized they made a mistake because a few minutes after the race they selected her as an Elite for the World Championships. We both started crying from happiness because this frustration with the federation took so much energy out of us the last months. She lost the prize money for an 8th place, but she took the European amateur title. Not too bad after all.

Our favorite Belgian triathlon girl, Kiara Lenaertz, finished 7th in the Junior Women race. It was her first off-road experience and she loved it. Two weeks later she surpized everybody with another 7th place result at her first international road triathlon, the ETU Junior Cup in Tabor.

My race was very good and I was happy with my performance. My swim was better than expected. On the bike I was a little bit afraid to go too fast. The images of a struggling Jim in South Africa and Malta were always on my mind. So I took no risks and played it safe. Maybe too safe. I had a great run and catched 5 guys. But I only finished 14th. Good race, good feelings, but bad result. Looking at the results I feel less bad about my result. If I rode a little bit faster with a little bit more confidence, a top 10 result was possible. And this race was all about racing again at a high level without energy problems. And that’s what I did. 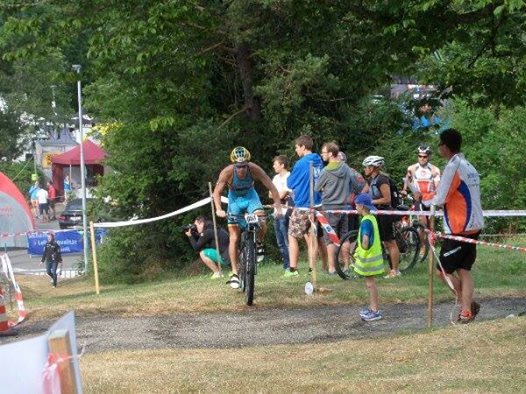 I was impressed with the level of the German U23 and Elite athletes. It felt like there were 20 of them racing at the front. I will have to race at my absolute best at the World Championships to beat them.

We left Schluchsee relieved, both for our own reasons and previous struggles. One week later we had another race, XTERRA Italy. A race that changed our lives. 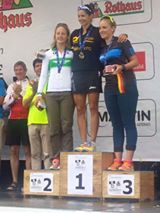 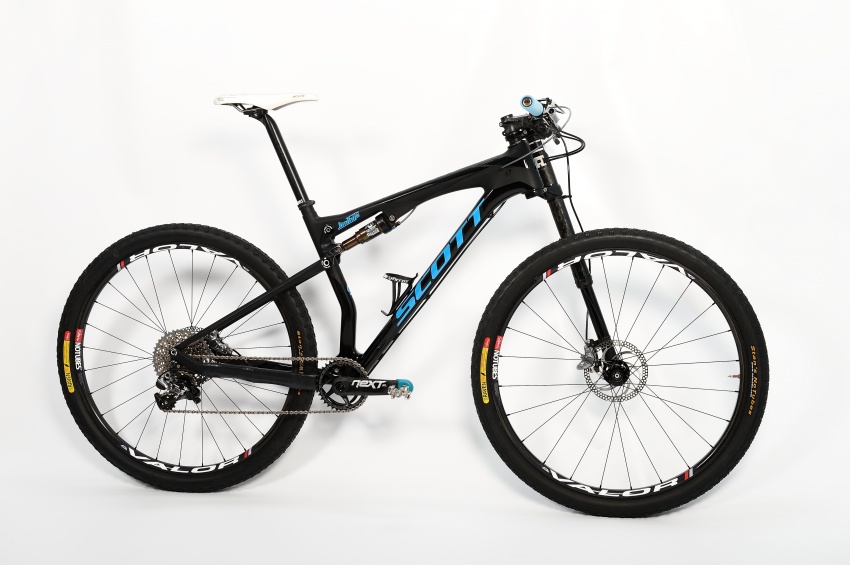